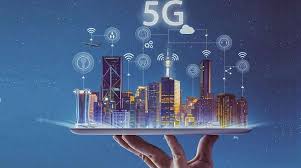 Ericsson has recently released a study outlining the future of India’s 5G connectivity. According to the Ericsson Mobility Study 2020, c

In the spectrum auction, the Head of Network solutions at Ericsson, Nitin Bansal, is expected to have the first 5G connectivity in India in 2021.

The report also stated that India is one of the highest average traffic generator countries using mobile phones at 15.7 Gb per month.

Patrik Cerwall, Editor and Head of Strategic Marketing, Insights States, Ericsson Mobility Report, says that over time, affordable smartphones, the decrease in broadband services, and average time spent on the internet have increased overall usage. The total traffic is therefore projected to quadruple and exceed 35 EB (exabytes) per month by the year 2026.

The 4G or LTE network accounted for 63% of mobile subscriptions in 2020 and will continue to hold on to subscribers. Whereas 3G will fail by 2026, finally.

The report also indicates that there will be a growth of 760 million smartphone subscriptions domestically by 2020, which will reach 1.2 billion by 2026 with a 7 percent CAGR .